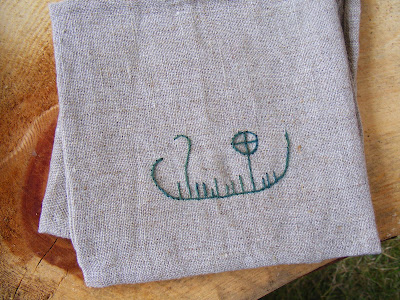 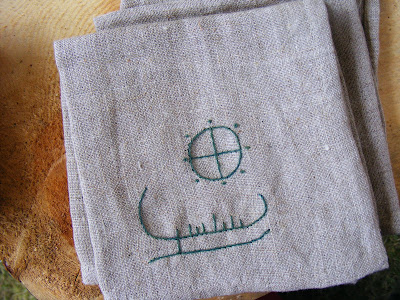 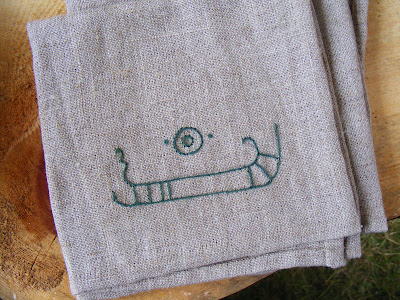 this year, i sold every piece of childrens linen clothing i had brought. i sold wristwarmers made in the needle binding technique, using plant dyed yarn. i sold every bottle of homemade elderflower syrup i had made, and the first day i even persuaded my kids to walk around the marketplace and sell pre made elderflower lemonade in small glasses. it was a hit. i also sold several of my felted pouches. new this year was hand stitched, embroidered linen napkins like the ones you see in the above pictures. the motives are bronze age rock carvings, embroidered with plant dyed linen thread. 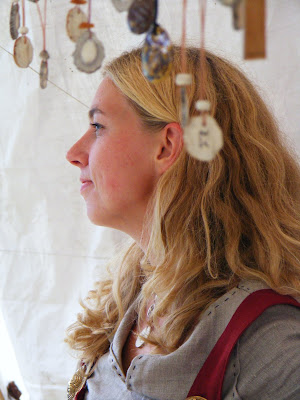 my friend, the bone carver 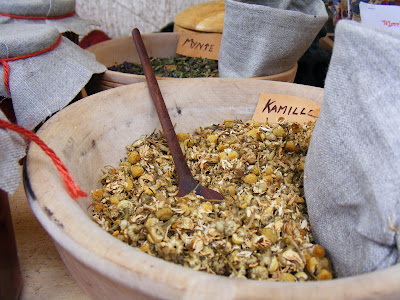 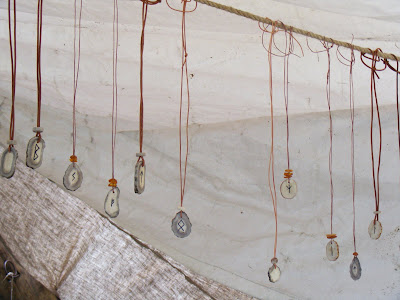 from around the market: 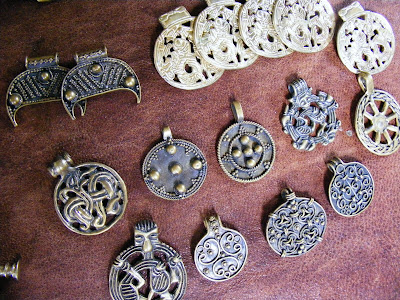 we both came home with one of these each. 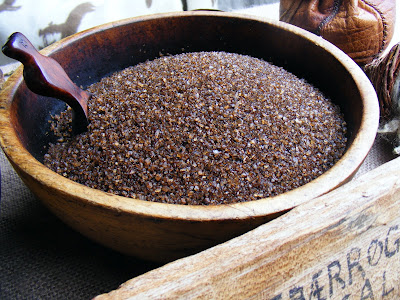 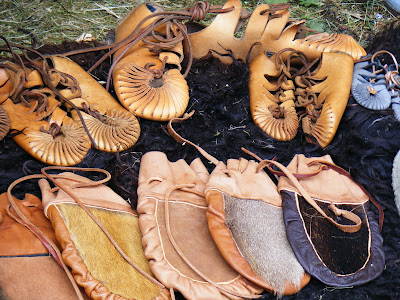 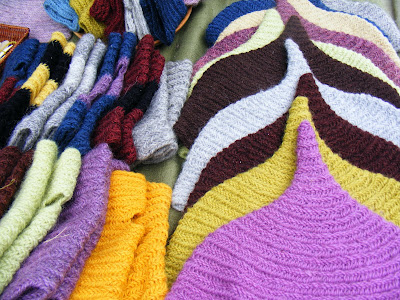 needle binding - hats, wristwarmers, socks. needle binding was the technique used before knitting and crochet was invented. even though i would say it's almost impossible to learn without having anoyone to show you, randi - a norwegian woman living in the u.s. - proved me wrong. she visited gudvangen last summer, was intrigued by the technique, and when she came back this year she told us that she had tought herself from various tutorials on the internet. i'm impressed!

kristina - no penny for them said...

sounds like you made lots and lots of beautiful things, wow! i really like the hats and wristwarmers...

Fascinating! I love the modern use of iron-age techniques. I will have to look into the needle binding technique - it looks interesting!

So glad you're showing us some of your own work (well done with the sales!), and some other crafts on sale at your event: all very interesting and beautiful.

wow
everything is so beautiful!!

I am seriously in awe of you and your work! Just gorgeous! And so inspiring...I think I will have to look into heritage crafting myself!

You don't know how wonderful all of this looks to someone who lives on the other side of the world, seemingly!

I'm so glad you had a successful trip!! Love the napkins!