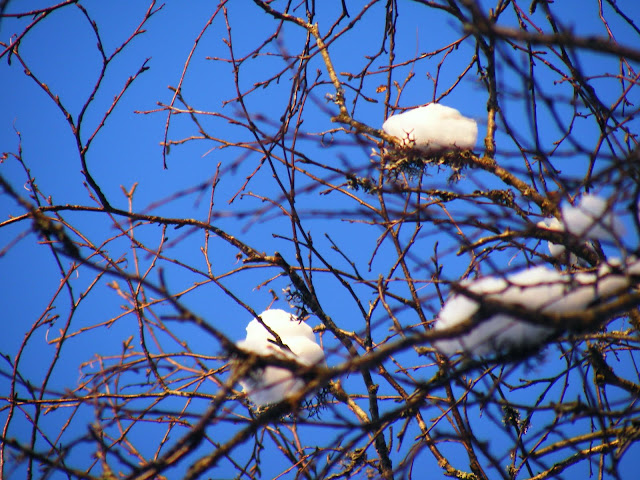 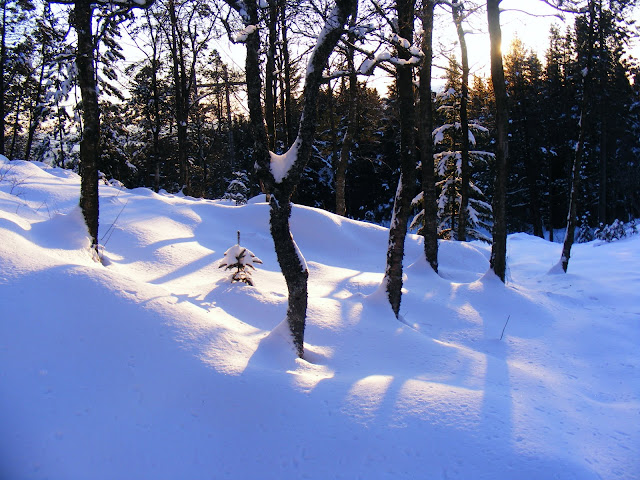 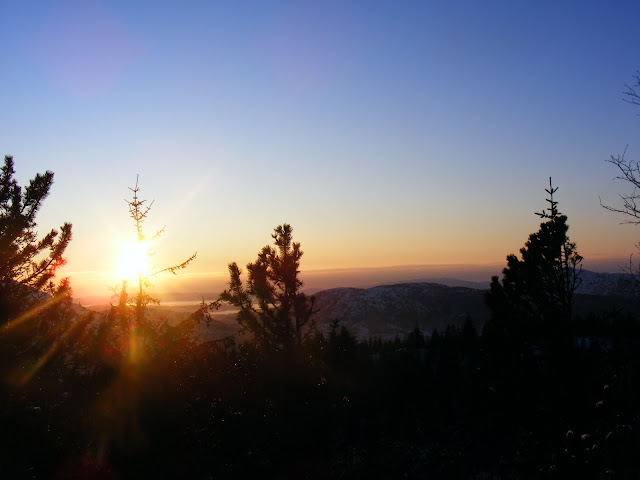 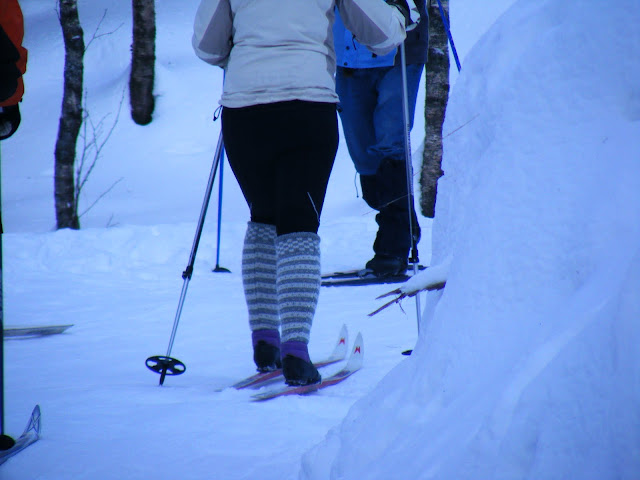 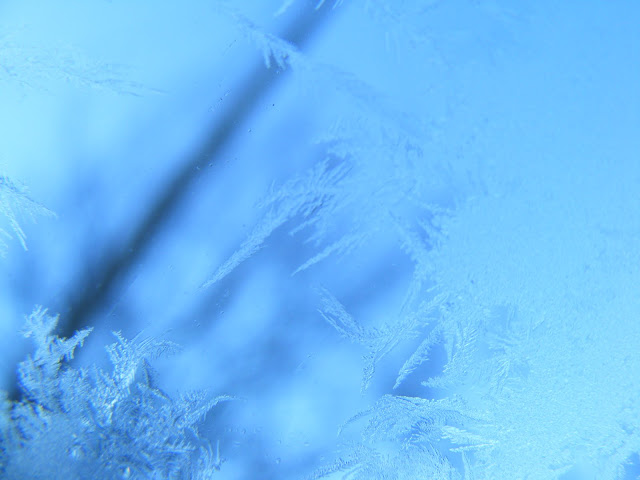 we have never had such a winter before. we've had glistening snow, blue skies, sun and freezing cold since before yule. a few days ago, my mother had -27 C (-17 F - is that right? i tried several converters, but they all say the same). she lives a 15 minute drive from us. We haven't had it that cold, but we've been down to -13 C (9 F). the coldest temperature measured so far this year in norway is not from the north, but from the eastern part; -41 C (my converter says -41,8 F, and that has to be wrong! someone?).

so we keep on sledding. and others keep on skiing. after all, that's what we norwegians do, you know :)

(btw, did the title of this post make you too think of donna summer?)

So cold! And, so incredibly beautiful. Lovely snow pics! Fun for those of us who live where it doesn't snow to see.

Beautiful photographs! I love all the blues.

your winter melody haunts my reverie :)

Winter it is! we think we have cold and snow in Holland but your place is much colder en even more white!