so, one might ask, what's the wit saving knit she's up to?
it's a cobblestone. i've nick named it the compulsive cobblestone, re my last post. i've had it planned for two years, for my husband, but was too scared to start - i've never knitted anything adult sized before. this one, i plan to have done by x-mas, as a gift. i sure hope it turns out like the picture here - isn't it great? 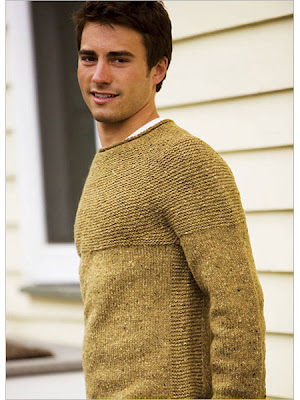 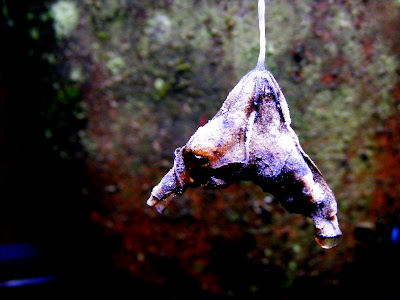 the other day, my husband had for some unknown reason set the alarm clock on 'radio'. it goes off at 7 a.m., and a male voice breaks into my sleep with the news of a father who had killed his wife, their 2 weeks old baby, their 6 and 9 year old daughters and himself during the night. they found the bodies scattered over a large area, so one might think that it took him a while to finnish. then the voice goes on the say that there will be no climate deal in mexico this year.
as soon as i had assembled my brain bits from getting blasted all over the bed covers, i considered the options people have when confronted with such things (by some called 'the world'):
a) crawling back under the covers with a knife to finnish it
b) seeing a doctor for a round of antidepressants
c) writing an article for the newspaper, fooling yourself into thinking 'i did something about it'
d) fastening one's blinkers even harder and continue one's compulsive focus on one's little, safe corner of the world (i.e. the size of a post stamp)
i've tried them all, except the obvious (i'm still here).
i still don't know what to do about it when it hits me.
so i don't read the news. i occasionally express some political passion. i sign petitions in hope of a better world. and at times i manically, obsessively, compulsively, care for the little piece of heaven i know, my little safe post stamp in this world. it's easy. it's beautiful, it's love. it's connecting me to a greater whole that i know is there, beyond the cruelty and greed of this world. the best cure for such a morning is to sit down with a cup of tea and knit. but somewhere, there's a great uneasiness stirring.
posted by therese kl. 1:28 AM 7 comments