Ok, I know I’m way too late for this. I’ve been having some technical problems with my computer, I’ve been away for some time, and I’ve been generally busy.
But. I do have some strong opinions about toys, and since I’m not the preaching type, I never get to say them out loud. I can not miss this chance!
So. Here’s what I think about toys. It’s a whole lot. I apologize for that. 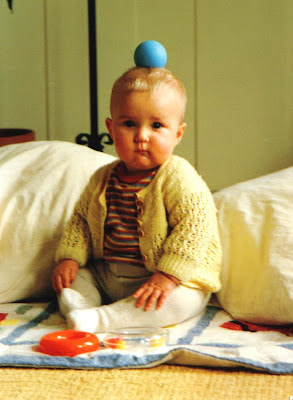 When we had our first baby, people gave us baby toys. Toys to shake, touch, look at, toss, taste, smell, etc. They were mostly made out of plastic, and there was nothing about them that I liked; their shape, colour, smell, the way they were produced or the material itself. But we didn’t buy any ourselves either. I firmly believed in the ‘take what you have’ attitude. And you know what? In spite of all the colourful plastic toys spread across the floor, this was both our kid’s first (and self chosen) real toys: 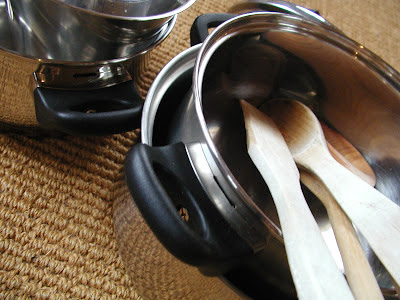 I still believe in the ‘take what you have’ attitude towards toys and play, even more so now that I have actually gotten to observe two kids play and grow. I believe that children approach life and knowledge about life, themselves and others, by encountering their surroundings. By being able to shake, touch, look at, toss, taste, smell, etc. what is in their immediate surroundings and daily life. And they do so by (among other things) playful imitation.

However, this doesn’t mean that our kid’s only toys are pots, pans and cardboard boxes (even though if I raised them alone, this wouldn’t be far from the truth. My husband thinks I’m severe), or that imitation of adult life is all there’s to it. Absolutely not! Even though, when compared to others, we have ‘nothing’, I personally think we have way too much. But mostly, I try to choose simple toys that can serve several purposes in playing, and toys that stimulate imagination. And I hardly ever buy anything.

Our preferences seem to be fairly well understood by our relatives, with occasional slips. The only ‘problem’ we encounter are birthday presents, but you know what? I remove toys. Either as an act of charity, sorting through stuff with my kids and giving away to others that have less, but mostly I remove them without their knowing. They have never missed any of it. I don’t know if it’s because of the way they’re raised regarding toys, or if it’s in their nature, but they’ve actually never paid much attention to their toys, except for one stuffed animal each.

Don’t get me wrong. I'm a pretty laid back person and I never, ever, preach. I simply do what I want, what seems sensible and what feels good or right. I don’t have any pedagogical/educational line that I follow, or strive for. I’m not offended by people making other choices than me, and I’m not smug about my own choices. But from observing my own two kids, I have experienced how they seem to prefer the simple and everyday objects that surround them, and how they get overwhelmed by having too much toys to choose from. More on that in a later post.

I’m not going to use this opportunity to display a whole lot of ‘correct toys’. Or actually, I will, occasionally. Toys that are either pedagogically (do you even use that word in English??) correct or aesthetically correct (if you know what I mean. There’s a bit of ‘incidently correct'-ness out there in blog world, I think). But I will also tell you if our kids play with them or not. I guess you could say that there are mom’s favourites, and there are the kid’s favourites.

To finish off this far too long post, I’ll give a couple examples on how kids often will walk away from the blinking shiny plastic and do stuff that surprises you. Here’s my daughter’s inventions of the week. 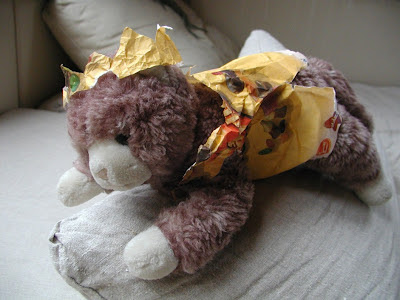 This cat has gotten a crown and dress made out of a small paper bag.
I remember a mother who was so embarrassed over her son, because he chose to bring a set of shoestrings for a ‘bring your favourite toy’-day at his school. I thought it was brilliant. A shoestring can be used for a lot of things, whereas a ‘hairdresser doll’ (or what to call those doll heads that you’re supposed to comb and groom), like the one my daughter recently got from a neighbourhood girl, can only be that – a hairdresser doll. It was thoroughly outclassed by the paper bag and a set of elastic bands made into a ‘drawer guitar’ in the kitchen. 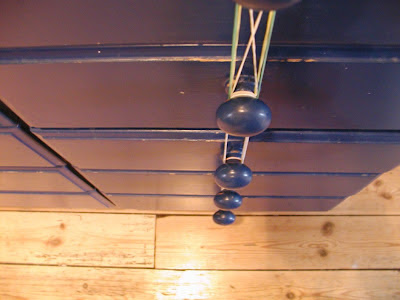 it goes all the way down to the floor, so it's a little bit unpractical when looking for forks and towels, but hey - you can actually play on it!

I love this post! My third child plays with no toys. She prefers to dig in the kitchen drawers, or walk around with three bottles of glue for an hour. And my oldest kids have always loved making clothes for their stuffed animlas out of paper. They don't last long enough for me, and sometimes I forget to take pictures.
We told the kids they did such a great job getting rid of so many toys last week that we bought them each a digital camera. I can only imagine the fun they will have with that!