every year, volounteers in my city drive several busloads of yulegifts to needy people in romania. it is called 'the yule gift initiative' and goes like this: 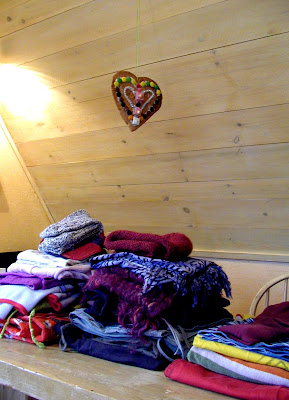 you, and everybody else in your family, gathers and wrappes up a gift for someone the same age, sex and size as yourself. clothes, sweets, toys, whatever, just keeping in mind that the receiver is poor, poor, poor. there's a rule to it that i like: don't buy anything, use what you have and can share. although i did buy new toothbrushes and soaps... 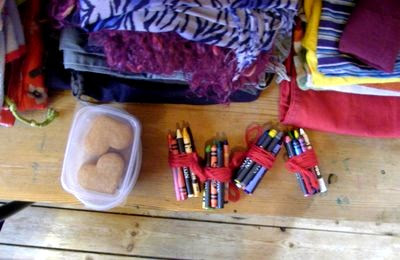 we found clothes and several pairs of good shoes, we packed ginger bread hearts and raided our drawing supplies - 4 stacks of crayons, 10 in each, and we had only taken the new or almost new ones... Toothbrush and paste, soap, and a greeting. 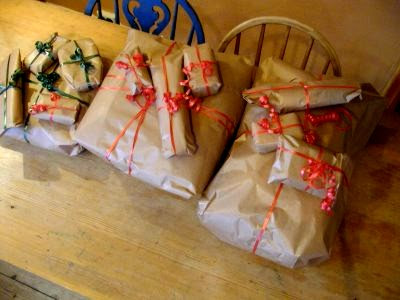 just before we left the house to drop the packages off, a friend came by and named one of the demons that are unevitable hidden in projects like these.

'you realize that this only leads to the men spending less money on gifts and more on booze, don't you?' 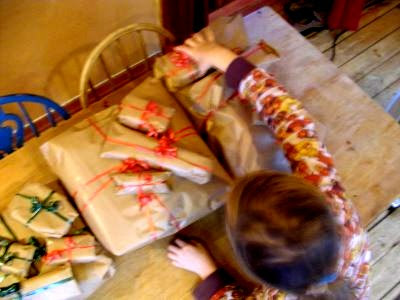 he has a girlfriend in moldova, which happens to be just the region these gifts are going to.
even though he might be right, please, just for once, let me be that naive, spoiled, selfrighteous westener that i usually despise, and not think about lacking infrastructures, corruption, moral decay and hundreds of other demons. no more demons. let's just give, now.

and hope for a single mom with two kids.
posted by therese kl. 3:39 AM